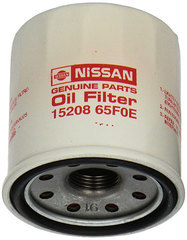 When you get your Oil Filter (1520865f0e) from Infiniti Parts Net, you will receive a genuine OEM part direct from the factory. Your Oil Filter will perfectly fit your 1999-2020 Infiniti vehicle and will be higher quality and last longer than other aftermarket parts.

Cant find the parts you need? Select your Infiniti model to shop parts from it's full OEM parts catalog.

Please note that online prices are only available for online orders.